Sat, Feb 22, 2020, 10:48 AM
HYDERABAD: No one will forget Telugu Comedy show Amrutham which entertained the Telugu audience with hilarious punch dialogues and funny skits. Still, people love to enjoy watching Amrutham serial episodes on the internet but now one needs to give a go for Zee5 to view Amrutham episodes as they purchased the licence. Now, the news is that Amrutham writer, the producer Gunnam Gangaraju is coming with Amrurtham 2 to thrill the Telugu comedy lovers with new concepts. Sources said that the cast in the serial remains unchanged except the popular character Anji, which late comedian Gundu Hanumantharao played. Amrutham 2 is busy on shooting schedule and soon it will hit the small screens. Netizens expressing happiness over the news. For more information watch the video.
Related Video Embedded from Youtube.

Akkineni Nagarjuna, the host of Bigg Boss Telugu 4 reality show, has announced some awards to create some fun among the contestants as part of super fun Saturday special. He has made fun after the fel..
..More
Advertisement
Amrutham 2 Related Video News.. 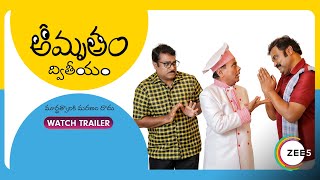 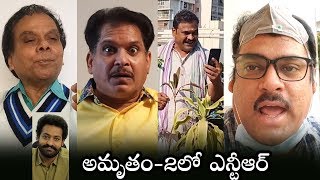