Thu, Feb 13, 2020, 10:27 AM
Presenting the official teaser of the film 'Haathi Mere Saathi'. It is an upcoming film of Rana Daggubati in which he plays the role of animal savior Baldev. The teaser explores the jungle background film set and Rana Daggubati’s character has been revealed. The film story revolves around saving elephants in the jungle and Rana has been taking up the task to save the animals. The film script is written and directed by Prabu Solomon. The film also featuring Pulkit Samrat, Vishnu Vishal, Zoya Hussain, Shriya Pilgaonkar has been releasing in Hindi, Tamil, and Telugu on April 2.
Related Video Embedded from Youtube. 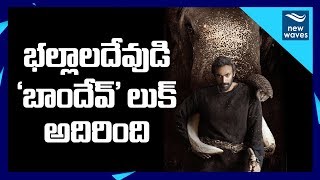