Mon, Feb 03, 2020, 06:23 PM
Recently, two bills that were not approved by the AP Legislative Council were sent to select committees. Sharif, the chairman of the council, has recently suggested that BJP, TDP, PDF should send the names of their MLCs for setting up of the select committees. TDP, BJP and PDF have sent the names of their members to the Select Committees. For decentralization Bill, the names of TDP MLCs Nara Lokesh, Ashok Babu, Tippeswamy, B Naidu, Sandhya Rani have been finalized. For the CRDA repeal bill, the names of Deepak Reddy, Bachula Arjunudu, Buddha Venkannah, Bida Ravichandra and G Srinivasulu have been forwarded.

From BJP side, the name of Madhav has been finalized for three Capitals Bill and Somu Veerraju has been named for CRDA repeal bill.

From PDF side, the names of KS Laxman Rao (Three Capitals Bill) and Venkateswara Rao (CRDA repeal bill) have been referred.

The ruling YSRCP has to finalize the names of its members.
Related Video Embedded from Tv9 Youtube Channel.

HYDERABAD: The swarm of locusts creating panic across the nation and farmers expressing fear after the locust menace. According to the sources, very soon the locust will enter into the northern distri..
..More
Advertisement
Select Committee Related Video News.. 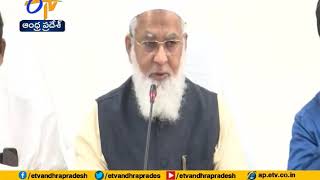 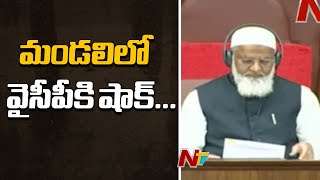