It is the story of Siddu (Shiva Kandukuri), who falls in love with Aishwarya (Malavika Satheesan) in college and later he lands in trouble when he meets Shruti (Varsha Bollamma) at a later part in his life.


The film's music is scored by Gopi Sundar, while cinematography and editing are handled by Vedaraman and Raviteja Girijala respectively.

The film releases on January 31, 2020, and is being distributed by Suresh Productions.
Related Video Embedded from NTv Youtube Channel.

BJP veteran leader Murli Manohar Joshi on Wednesday welcomed the verdict pronounced by the special CBI court in the 1992 Babri Masjid demolition case. The judgement has proved that there was no conspi..
..More
Advertisement
Choosi Choodangaane Related Video News.. 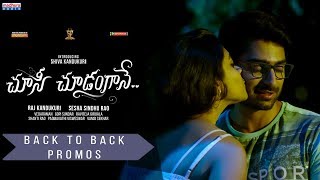 Choosi Choodangaane Back To Back Promos 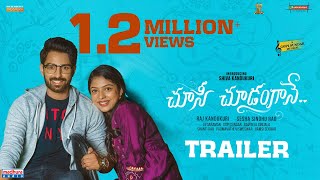