Sun, Dec 08, 2019, 12:20 PM
Presenting herewith the post-release trailer of the film 90ML. It is the latest Telugu movie of Karthikeya Gummanakonda, who played the lead in the movie. Neha Solanki is the female lead in the film. The film is produced by Kartikeya Creative works that earlier made RX100. Ashok Reddy Gummakonda is the film's producer and the film saw the debut of a new director Sekhar Reddy Yerra. Anup Rubens has scored the music for the film.

The movie has a mixed review as far as the storyline is concerned.
Related Video Embedded from Youtube. 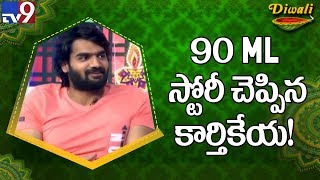