Tue, Nov 19, 2019, 10:14 AM
Presenting herewith the video songs and making video of the film Tholu Bommalata that is releasing on November 22. It is a Telugu family entertainer, featuring Dr. Rajendra Prasad and Viswant Duddumpudi( Kerintha, Manamantha and Jersey movies fame) in the main lead roles. Rajendra Prasad plays the role of Soda Veerraju, the most prestigious person in his village. The film is directed by Vishwanath Maganti and produced by Durga Prasad Maganti. The music of the movie is composed by Suresh Bobbili.

The film is learned to be a true-to-life family entertainer with very real emotions.
Related Video Embedded from Youtube.

Deepthi Sunaina is a familiar name on social media because of her dubsmash videos and even she acted in short films too. Deepthi shot to fame by participating in the Bigg Boss 2 Telugu. Recently, her ..
..More
Advertisement
Tholu Bommalata Related Video News.. 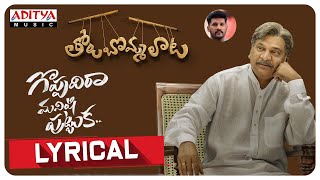 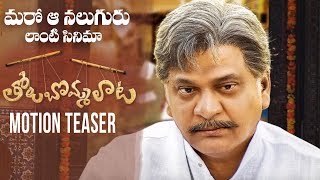