Sun, Nov 17, 2019, 08:32 PM
Vallabhaneni Vamsi is a Gannavaram MLA. The MLA has recently quit the Telugu Desam Party and turned rival to it. In an interview with a program of Mukha Mukha hosted by Jaffar, former TDP MLA while reacting to the main cause of quitting the party, said he lost his emotional connectivity with TDP, especially with party chief Chandrababu Naidu and his son Nara Lokesh. Gannavaram MLA has ruled out the allegation that he was personally benefitted by TDP on financial matters during the 2019 General Election. Vallabhaneni Vamsi has reacted to various posts against him on social media platforms which are likely to defame his character. 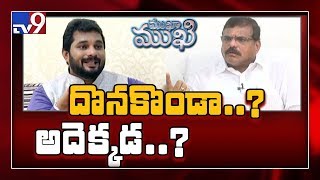