Thu, Oct 24, 2019, 06:20 PM
Presenting herewith the Kurnoolu Katthiva video song promo taken from the film Tenali Ramakrishna BA.BL. Dhanunjay has sung the song and the lyrics are composed by Chilaka Rekka Ganesh. The music of the song is scored by Sai Karthik(his 75th film).

Jabardasth anchor Ansuaya Bhardwaj said she is enjoying YouTube channel now and shared a video on her channel showing how to get ready for a party. This Rangasthalam actress said she loves comfortable..

BJP Rajya Sabha member GVL Narasimha Rao on Friday condemned the house arrest of the BJP leaders to prevent them from participating in the ‘Chalo Amalapuram’ protest against the desecration of Hin..

A person filed a lawsuit against Starbucks and the maker of the cups as he suffered third-degree burns after the lid of the cup came loose and hot tea spilt on his body including stomach, genitals, ha..

Telangana Minister Talasani Srinivas Yadav on Friday unveiled the first look of Question Mark in Hyderabad. Actress Adah Sharma is playing the main lead role in the thriller film. The flick is written..

In the latest promo of the Bigg Boss 4 Telugu, a shocking announcement was made by the Bigg Boss while the contestants were having breakfast and drinking tea. He said that participants were not follow..

Popular TV anchor Suma Kanakala has appeared as a guest for the first episode of ‘Oh Womaniya’ being hosted by Bigg Boss fame Sreemukhi. Suma revealed that she took a long break from hosting TV sh..

Twitter Inc placed warning labels on the tweets of the United States of America President Donald Trump on Thursday. It stated that the tweet contained misleading information about the mail-in voting p..

Tollywood actress, RX100 fame Payal Rajput spotted on the streets of Hyderabad. Recently, the actress arrived Hyderabad from New Delhi for a shooting purpose. The beauty diva draped herself in a jerse..

Former minister and TDP leader Bandaru Satyanarayana Murthy on Friday alleged that an auditor close to the ruling party, a MP and a suspended leader from the YSRCP have been trying to register Hayagre..

HYDERABAD: A 11-year-old girl has been reported missing from her house in Hyderabad on Thursday evening. The incident took place in Deendayal nagar, Neredmet. According to the reports, the girl identi..

Based on the complaint of the Samachara Hakku Sadhana Sravanthi (SHSS), Neredigonda police registered a case against Tollywood actor Allu Arjun and his team for visiting the Kuntala waterfall near Nir..

Jabardasth comedian Dorababu wife Amulya Reddy entertained the viewers through recently telecasted Jabardasth show. It is known that Hyper Aadi inviting a guest every week to take part in his skit to .. 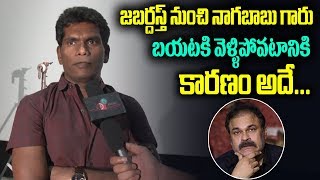 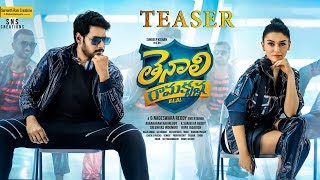 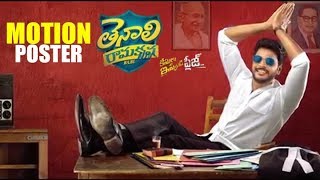