Tue, Oct 22, 2019, 10:11 AM
Comedian-actor Bithiri Sathi is coming before the audience with a film 'Thupaki Ramudu' that is releasing on October 25th. The film is produced by TRS E Rasamai Balakishan under the banner of 'Rasamai Films'. It is directed by T.Prabhakar.

As part of promoting the film, the makers of the movie have shot a short comedy film featuring Bithiri Sathi. In the film, Bithiri Sathi has portrayed a special comedy character along with some others in the backdrop of the village atmosphere. The concept of the film with some of the entertaining elements has been highlighted in the short film.
Related Video Embedded from Youtube. 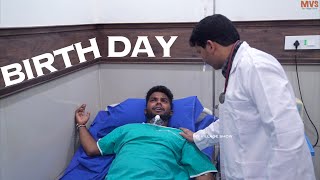