Sun, Oct 20, 2019, 06:05 PM
Tupaki Ramudu is an upcoming Telugu film featuring Teenmaar fame Bithiri Sathi alias Ravi. Bithiri Sathi has been coming before the audience as a hero in the film Tupaki Ramudu. Priya is in the female lead. The film was shot in the vicinity of Ramagundam and Godavarikhani in Telangana state is produced by TRS E Rasamai Balakishan under the banner of 'Rasamai Films'. The film is directed by T.Prabhakar. The film is all set to release on October 25.

In an interview, Zimbabwean cricketer Grant Flower has recalled an incident of former Pakistan batsman Younis Khan holding a knife to his threat for offering batting advice at a breakfast table in Bri..
..More
Advertisement
Tupaki Ramudu Related Video News.. 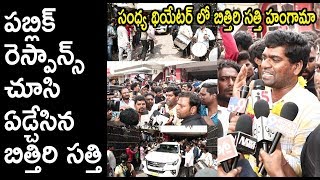 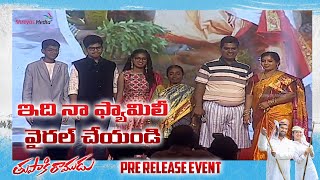 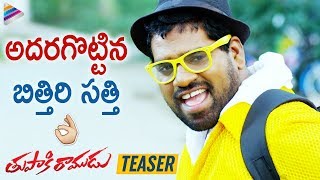