Fri, Oct 18, 2019, 09:37 AM
The YSRCP government is always giving hints about the change of capital city and now the statements made by Botsa Satyanarayana during a press conference have created ripples. The minister told that the expert committee under the supervision of GN Rao will advise the government about where to build the capital and then the Chief Minister will take a final call on it. He also added that there is transparency in YSRCP’s government. Botsa also commented that few are demanding to have High Court in Rayalaseema and a few want it in Vizag. He told that a committee has been appointed and will decide according to the suggestions made by it.
Related Video Embedded from NTv Youtube Channel.

Jabardasth fame Mahesh has established his own identity and he is getting a lot of movie offers. The actor has proved his acting skills while featuring in movies like Shatamana Bhavathi, Rangasthalam,..
..More
Advertisement
Expert Committee Related Video News.. 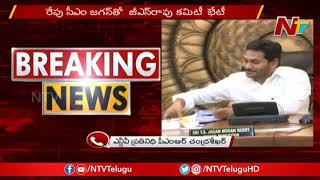