Thu, Oct 17, 2019, 12:36 PM
Pillars of a four-storey building were damaged due to digging for laying the foundation to a newly constructed building at Railway Koduru in Kadapa district. Owner of the four-storey building has expressed fear that his building might collapse as pillars have become weak. Owner of newly constructed building paid Rs 1 crore and purchased the four-storey building. After vacating inmates from the building, it collapsed with the help of JCB. Residents residing nearby houses heaved a sigh of relief after building collapsed without any untoward incident.
Related Video Embedded from Sakshi Youtube Channel. 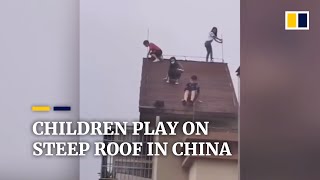 Kids play on steep roof of 32-storey building in China 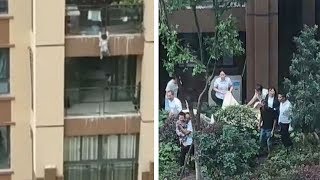