Mon, Oct 14, 2019, 09:39 PM
Presenting the official trailer of the film Maleficent. The actress Aishwarya Rai has transformed into a black magic woman in this film. The makers of the film have brought her character to life in Hindi and felt Aishwarya’s persona which is filled with elegance. Aishwarya Rai Bachchan is voicing the main character in the film’s Hindi version, originally portrayed by Angelina Jolie. The movie also features Elle Fanning, Michelle Pfeiffer and Chiwetel Ejiofor in pivotal roles.

The film releases on October 18th.
Video is not Available for this News

NEW DELHI: Indian Army has directed to its officers and soldiers to uninstall 89 apps including Facebook and Instagram. According to the sources, the Indian army officials issued directions to uninsta..
..More
Advertisement
Maleficent Related Video News.. 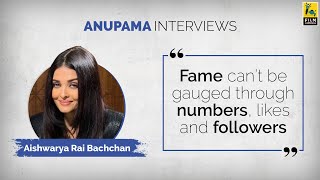