Thu, Oct 03, 2019, 04:22 PM
Sye Raa Narasimha Reddy is the 151st film of Mega Star Chiranjeevi. The periodic movie directed by Surender Reddy and produced by Ram Charan has already received a hit talk. On the occasion of success and 'Thank You Meet', the film unit members have shared their happiness and thanked the audience for accepting the Historic film with true values.

Anchor Manjusha has hailed Mega Star Chiranjeevi sharing his passion for the films and entertaining the audience even after 150th film. She has lauded Mega Star's struggle and performance in the role of a Uyyala Narasimha Reddy and added that he deserves a lot of respect. The anchor has then bowed down before Chiranjeevi to touch his feet.
Related Video Embedded from Youtube.

In an interview, Tollywood actress Shree Rapaka, who shot to fame with the Nagnam film directed by Ram Gopal Varma (RGV), has claimed that she has fans in the Indian Army too. “I have received a vid..
..More
Advertisement
Manjusha Related Video News.. 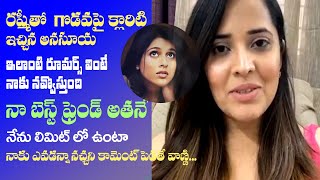 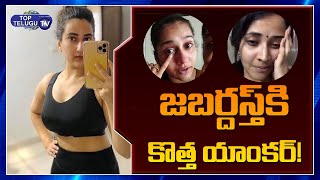 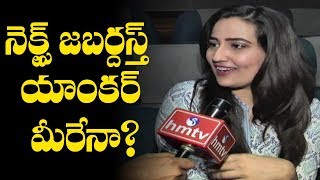 Anchor Manjusha reacts on she is next 'Jabardasth' anchor news
..More