Fri, Sep 20, 2019, 03:32 PM
Presenting herewith the theatrical trailer of the film 'Ninnu Thalachi'. It is an upcoming romantic entertainer featuring Vamsi Yakasiri and Stefy Patel in the lead roles. The movie also features Jabardasth Mahesh and Kedar Shankar. The film is directed by Anil Thota, produced by Obulesh Mdigiri, Nedurumalli Ajith Reddy under the banner of SLN Productions in association with Nedurumalli Productions. The music of the film is composed by Yellender Mahaveera. The post-production work of the film has been completed, and it is gearing up for a grand release soon.
Related Video Embedded from Youtube. 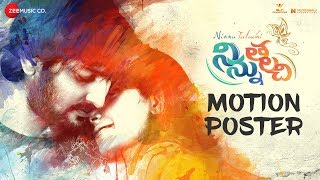