Tue, Sep 17, 2019, 09:08 PM
A case has been filed against the former minister Vatti Vasanth Kumar over the land issue in Visakhapatnam. A person named Shiva Kumar has alleged that former minister Vatti Vasanth Kumar and his associate Ram Mohan Rao have threatened with the gun when he was levelling his land. In the complaint, it was alleged that Vatti Vasanth Kumar has tried to create a fearing situation with his gun when Shiva Kumar said that it was his land. The video footage pertaining to the incident was presented to the Police.
Watch the video for more insight.
Related Video Embedded from Tv9 Youtube Channel.

ANANTAPUR: Coronavirus positive cases reported in KIA Motors, Anantapur, Andhra Pradesh and creating panic among the people. According to the sources, a person who arrived from Chennai on 25th May and..
..More
Advertisement
Vatti Vasanth Kumar Related Video News.. 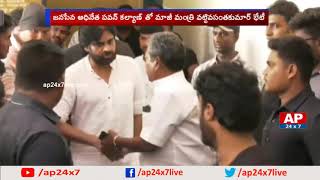 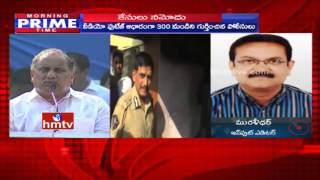