The death of Hamza bin Laden occurred sometime in the past two years, but confirmation came only recently.

The designated heir of Al-Qaeda founder Osama bin Laden was wanted in many cases. He was placed on the US terror blacklist.

He is the 15th of Osama bin Laden's 20 children and a son of his third wife.
Related Video Embedded from Youtube.

Priyanka Naidu requires no introduction for Telugu people. She is a popular TV actress. She has been entertaining Telugu people with her role of Siri in the popular serial Vadinamma. While she is a Ka..
..More
Advertisement
Hamza Bin Laden Related Video News.. 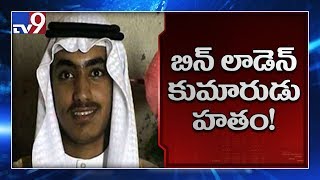