Fri, Aug 30, 2019, 05:16 PM
Presenting herewith 'Jai Ho Pehlwaan' video song promo taken from the film 'Pahalwan'. Sai Charan Bhaskaruni, Saketh Komanduri have sung the song and the lyrics are composed by Ramajogayya Sastry. Music is scored by Arjun Janya. It is a sports action drama film, the script is written and directed by S. Krishna. The film is produced by Swapna Krishna under the banner RRR Motion Pictures and bankrolled by Zee Studios. The film features Kichcha Sudeepa, Sunil Shetty and Aakanksha Singh in the lead roles and it is releasing on September 12, 2019.
Related Video Embedded from Youtube.

The corona virus continues to create fear among the people all across India and in the World. In Andhra Pradesh, within 24 hours, 110 fresh COVID-19 cases have been reported. This made the total numbe..
..More
Advertisement
Pahalwan Related Video News.. 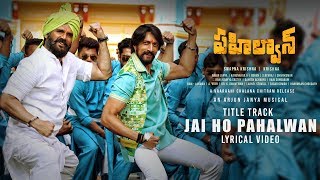 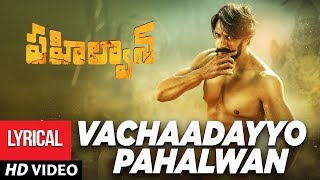