Thu, Aug 22, 2019, 11:26 PM
Former Chief Minister Chandrababu Naidu has been suffering from pain in his right-hand palm for the last 10 days. This issue has become a subject of a political dispute between the opposition TDP and the ruling YSRCP. In the extended party level meeting in Vijayawada, TDP leaders have come to know that his party chief has swelling on his hand and shared that Doctors have suggested him to take rest. But TDP Chief ignored the Doctors suggestions and it led to further swelling and pain. He was forced to go to Hyderabad for taking rest. On the other hand, the ruling YSRCP has alleged that opposition chief fled to Hyderabad due to flooding in the state capital region. According to the insider report, after the defeat of TDP in the election, the party chief has met the people of the capital region and spent the maximum time with them. TDP Chief took shake hands, allowed selfie with them and it continued till the festival of Muslims i.e Bakrid. It is reported that due to the maximum handshake, the palm of Chandrababu Naidu's right hand experienced pain.
Related Video Embedded from ABN Youtube Channel.

Comedian Bithiri Sathi had fun with a man, who came to ask for money, while he was sitting in the car on a busy road in Hyderabad. Probably, Sathi was known to him as he called his name as Narasimha. ..
..More
Advertisement
Inside Related Video News.. 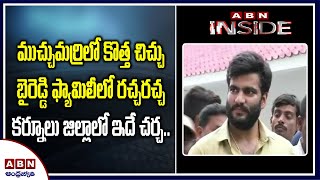 Focus on new issue in Andhra Pradesh- Inside

Muhurtham heats up politics in YSRCP- Inside 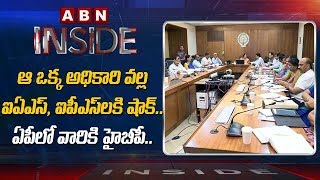