Wed, May 22, 2019, 10:11 AM
Senior journalist Tipparaju Ramesh Babu has termed poll result survey did by former MP Lagadapati Rajagopal as bogus. In an interview, Tipparaju asked Lagadapati why he became active in politics after he declared he will stay away from politics if united Andhra Pradesh was bifurcated. Ramesh Babu stated he has information that the RG Flash team did not conduct the survey. He claimed that he had worked in RG Flash team in the past. Tipparaju advised people not to indulge in bettings by believing Rajagopal.
Related Video Embedded from Youtube.

Teachers play an important role to make the future of the students. After the COVID-19 impact, the education system got affected a lot. It has become paralysed a lot. Reports suggest that over 10 lakh..
..More
Advertisement
Tipparaju Ramesh Babu Related Video News.. 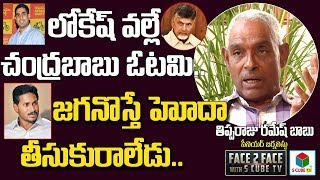 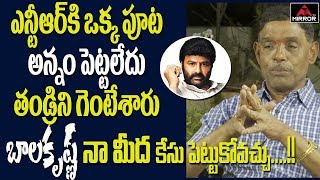