Sat, Jan 26, 2019, 12:09 PM
Watch the teaser of the film Suryakantam. It is an upcoming Telugu film in which Rahul Vijay and Niharika have been playing the lead roles in the movie directed by Pranith Bramandapally and produced by Nirvana Cinemas. Bankrolled by Nirvana Cinemas, the film is releasing across the globe on March 29th all across the World. Varun Tej is presenting this film. Mark K Robin is the music composer and Hari Jasthi is the cinematographer of the film. Konidela Niharika has pinned hope on this film, it is learned.
Related Video Embedded from Youtube.

A fake director by the name Ravan Bikshu has lured 35 women by promising to make them heroines. Bikshu deceived them by saying that he was directing a film titled ‘Atreyapuram Prema Katha’ and lau..
..More
Advertisement
Suryakantam Related Video News..
Anchor Hari Teja shares her real story before foraying into films 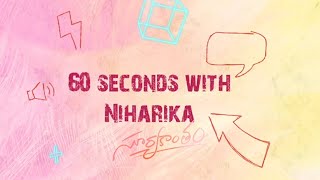