Mon, Dec 31, 2018, 10:47 PM
Praja Sankalpa Yatra launched by YSRCP Chief YS Jagan Mohan Reddy has been nearing to an end. On the other hand, the Assembly and Parliamentary elections 2019 are more likely to be conducted in the same period, with a little difference of dates. According to the reports, YSRCP Chief YS Jagan Mohan Reddy has been concluding his Padayatra in Ichchapuram on January 9th, 2019. In this context, YSRCP party leaders and other political party leaders are eagerly waiting for the next political move of the Opposition Chief after the completion of Padayatra. Watch the video for more insight.
Related Video Embedded from Tv9 Youtube Channel.

Senior actor turned politician Balakrishna said he is sticking with his previous comments that the YSRCP government will last for a maximum period of two years. In an interview, the TDP MLA has allege..

HIMACHAL PRADESH: In a heinous crime, another horrifying cruelty similar to the death of a pregnant elephant in Kerala took place in Himachal Pradesh to a cow and questions humanity among the people. ..
..More
Advertisement
Political Mirchi Related Video News.. 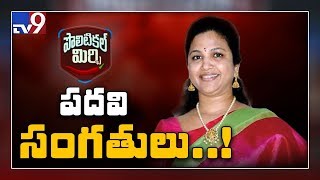