Fri, Dec 07, 2018, 09:18 PM
Public in sitting MLA Revanth Reddy's constituency, Kodangal, want him to be chief minister, in case Mahakutami comes to power. They are 100 per cent sure that he would win. Revealing all the activities of KCR, they said that he had stopped many welfare activities that were started by Revanth Reddy, because he is envious and jealous. KCR did not give a single job and he declared doles for unemployed only after Mahakutami announced it, they said. They hoped that Revanth becomes chief minister.
Related Video Embedded from Youtube. 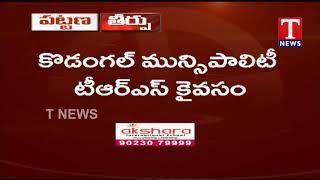 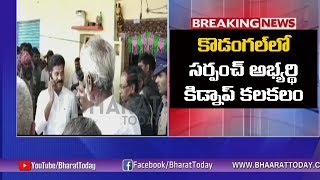 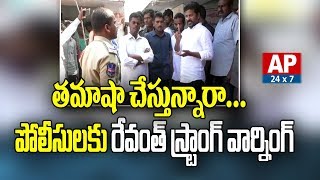 Voting delays in Kodangal due to malfunctioning of EVMs
..More