Fri, Nov 23, 2018, 10:18 AM
Watch and enjoy movie teaser of Manchukurisevelalo in which Ram Karthik, Pranali Ghogare and Yashwanth are playing lead roles. The movie directed by Bala Bodepudi and music scored by Shravan Bharadwaj. Ram Karthik, Pranali Ghogare and Yashwanth are making debut with the movie. The film is produced by Hari Bala Subrahmanyam Bodepudi under the banner Pranathi Productions. Kotagiri Venkateswara Rao is the editor for Manchukurisevelalo and cameraman is T Praveen Kumar. The music is being released by Aditya Music and movie slated for release worldwide in December.
Related Video Embedded from Youtube.

Groupism has surfaced among the YSRCP cadre in the Nellore district. It is alleged that state minister Anil Kumar failed to establish proper coordination among the party leaders. Reports suggest that ..
..More
Advertisement
Manchukurisevelalo Related Video News.. 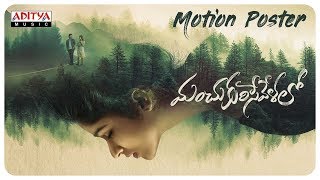