Tue, Nov 06, 2018, 10:33 AM
Tollywood veteran director Tammareddy Bharadwaj has slammed the Modi government for failing on all fronts. He alleged Prime Minister Narendra Modi failed to fulfil poll promises. Bharadwaj came down heavily on Narendra Modi for taking people for a ride, who have voted for the BJP by reposing faith in them. He expressed anger over the BJP-led NDA government for taking 100 crore people for a ride. Tammareddy gave a call to people to think of casting vote in the ensuing general elections.
Related Video Embedded from HMTv Youtube Channel. 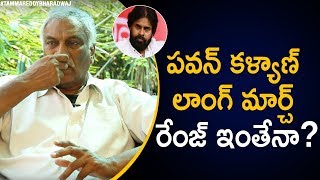