Thu, Oct 11, 2018, 08:48 AM
An internal document of Dassault Aviation, the makers of the Rafale fighters that India is buying from France, has added more fuel to the controversy that is raging in India over the deal for the 36 jets. French investigative journal Mediapart have reported that they have accessed a document that says Dassault picking Anil Ambani's Reliance Defence as the offset partner in India was mandatory for the Rafale deal. The article uses the French word 'contrepartie' to describe Reliance being made the offset partner, which when translated to English means “counterpart”.
Related Video Embedded from NDTv Youtube Channel. 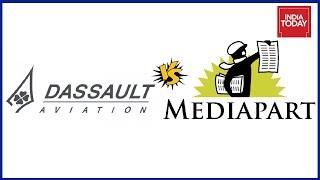