Thu, Jun 14, 2018, 05:58 PM
In Indian mythology, a number of weapons are mentioned as having exceptional powers of destruction. Some of them have been defined as modern day missiles or atomic bombs. The weapons are usually attributed to the mythological Gods using them. For example, Brahmastram is said to be made by Brahma, Vajrayudam is Indra's weapon and Sudarshana Chakram is the famous deadly disc of Lord Vishnu. All these and more weapons have stories behind them. They were coveted by Gods and humans, as precious and were meant to be used with awareness.
Related Video Embedded from Youtube.

Alireza Japalaghy, a popular Iranian parkour athlete and his stunt accomplice have been arrested by Tehran's cyber police for vulgar acts after a photo of the pair kissing on rooftops was posted on so..
..More
Advertisement
Gods Related Video News.. 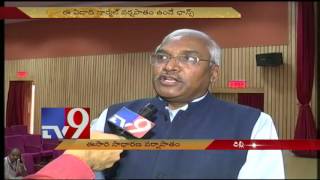