Thu, May 31, 2018, 08:30 AM
Prof K Nageshwar said the World Bank has released Global Financial Index report in which it stated 80 per cent of Indian population holds bank accounts. The report mentioned banked population in India has increased to 80 per cent from 53 in 2014. There was an increase of 27 per cent bank accounts in the four-year rule of Narendra Modi. However, 48 per cent of the banked population did not withdraw or deposit money from their accounts in the last one year. The people had opened the bank account for Jan Dhan Yojana expecting Narendra Modi would deposit the black money in their accounts.
Related Video Embedded from Youtube.

Popular Telugu TV anchor Varshini has made it clear that she is not ready to get married very soon. “I don’t have a good opinion about marriage and I am just enjoying my life being single,” she ..
..More
Advertisement
Prof K Nageshwar Related Video News.. 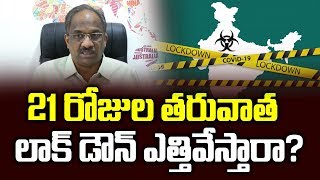