Wed, May 30, 2018, 10:59 PM
Speculations are rife that the former President Pranab Mukherji has reportedly focussed on the post of the Prime Minister in the 2019 General Election. Though this sounds something doubtful, yet there is a certain political development made by the regional parties on this issue. Pranab Mukherji was known as a troubleshooter during the Congress regime and now he is likely to play a major role in the coming days. There are reports that the former President met Odisha CM Naveen Patnaik and also learned to have created a political situation to meet Telangana CM KCR and West Bengal CM Mamatha Banerji. All these political developments indicate that there will be emergence of third front against Congress and BJP. Watch the video for more insight.
Related Video Embedded from Tv5 Youtube Channel. 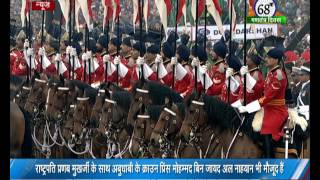 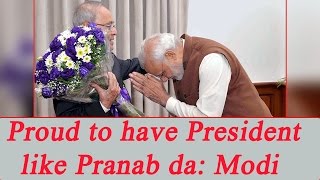 PM Modi thanks President for guidance in initial days as PM
Advertisement
..More