Fri, May 18, 2018, 04:26 PM
Tollywood Veteran Director Tammareddy Bharadwaj said almost all the parties in Andhra Pradesh except BJP have been fighting for the cause towards the state highlighting the need for Special Status. Reacting over the present political development in the State, Tammareddy Bharadwaj has welcomed Jana Sena Chief Pawan Kalyan launching Praja Yatra. Tollywood Director-Producer has suggested Pawan Kalyan to reveal the agenda of his party first before joining the people by means of his yatra. He has suggested some points to Pawan Kalyan ahead of the 2019 General Election.
Related Video Embedded from Youtube.

BENGALURU: Amid the violence erupted in Bengaluru, tens of Muslim youth formed a human chain to protect a Hindu temple from the arsonists. It is the finest example of unity in the country and the vid..
..More
Advertisement
Tammareddy Related Video News.. 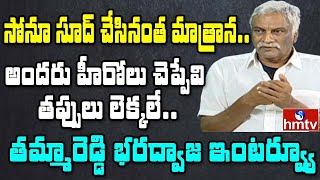 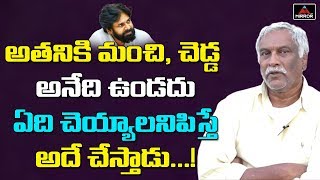