A heavy dust storm swept across several parts of western and northern India on Wednesday, killing at least 27 people and injuring hundred in Rajasthan and leaving a trail of destruction, uprooting trees and disrupting power supply in Punjab, Haryana and Uttarakhand as well. In Bharatpur district of Rajasthan alone, 11 people were killed. The injured were admitted to nearby government hospitals. Chief Minister of the Rajasthan, Vasundhara Raje expressed grief over the natural disaster. An ex-gratia of Rs 4 lakh was announced to the kin of the deceased. 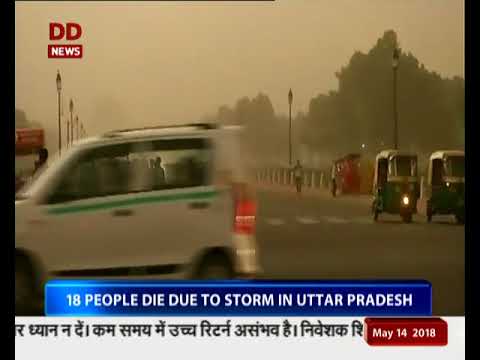