Andhra Pradesh (AP) police are leaving no stone unturned, in bringing out the truth on tantric pujas that were allegedly performed at Goddess Kanaka Durga temple, on Indrakeeladri in Vijayawada. They have taken three persons, who had been on duty at the temple on the fateful day, and are busy questioning them. Three more persons who appeared in the CCTV footage of temple have to be probed, the police said. Significantly, former temple executive officer, Suryakumari had signed some files, immediately after her transfer. The police are trying to find out why she signed files in such a hurried fashion. There was an internal transfer of a staff member in the temple, it is learnt.

HYDERABAD: The Chinese hackers' group targeted and tried to attack the Telangana State Load Dispatch Centre (TSLDC) which monitors the power supply in the state. As per reports, the malware targeted 40 substations but..
..more
Telugu News 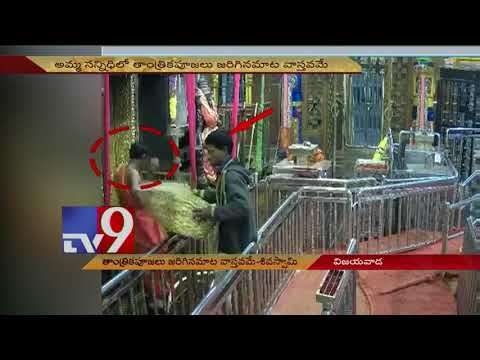 Head of a Saiva cult, Siva swamy, believes that tantric pujas were performed in Durga temple
3 years ago
..more