Fri, Jan 05, 2018, 08:55 PM
Jabardast show anchor, Sudigali Sudheer, became emotional after watching the video posted by well-known anchor Pradeep, humbly accepting his mistake for being caught in drunken driving case. Quoting the case of Bollywood actor Salman Khan who drove his car in a drunken state killing nine people, but escaped punishment, Sudheer said that he is proud to have a friend like Pradeep. According to the video, Pradeep is ready for any punishment imposed by the police and he will attend counselling in two days time.
Related Video Embedded from Youtube. 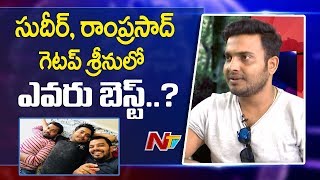