Thu, Dec 28, 2017, 05:45 PM
MLC of Bharatiya Janata Party (BJP) in Andhra Pradesh (AP), Somu Veeraju, suggested to Chandrababu that he should visit the projects in all districts, each on a particular day in the week, in the same manner he is doing for Polavaram project. Several others projects like Handri Neeva and Galeru Nagari should also get some attention, he said. Earlier, he criticised Telugu Desam Party (TDP) for hampering the growth of BJP in AP. He said that whenever there was an election, in the State, the TDP allocated some seats to BJP. But it put up some independents there and when they won, they joined TDP, he pointed out.
Related Video Embedded from NTv Youtube Channel.

Suma, one of the energetic anchors in Telugu Film Industry who remains as the cynosure of any event with her anchoring skills. Anchor Suma has a special craze and fan following across both Telugu stat..
..More
Somu Veeraju Related Video News.. 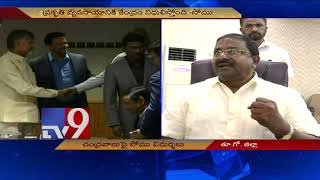 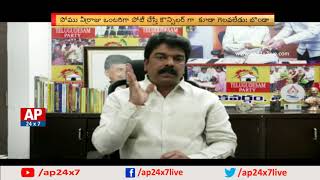