DCP Sumathi speaking to media over Sandhya Rani's Petrol Attack Incident said it was a premeditated murder as Karthik had brought petrol bottle, hidden in his shirt. She said as per the primary evidences and Karthik's interrogation, Sandhya Rani was so responsible towards her family and identified Karthik as an irresponsible goon over which she rejected him. She said Karthik got outraged and committed murder. Responding to women associations' comments, she said it was absolutely a personal issue and had no relevance with women safety and security. Police filed cases on Karthik under various sections applicable including SC/ST atrocity case.

Tollywood actor Mahesh Babu has donated Rs 1 crore to the Telangana CM Relief Fund. After donating Rs 50 lakh to the CMRF, Jr NTR in a tweet said, “Many lives in Hyderabad have..
..more
Telugu News 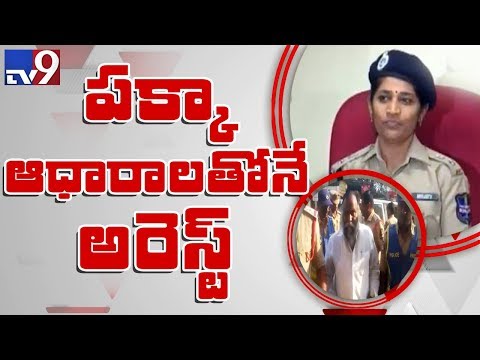