Mon, Oct 30, 2017, 07:25 PM
Kodangal former MLA Revanth Reddy is leaving for Delhi tour shortly along with 40 followers to join Congress party tomorrow in presence of Rahul Gandhi. Other leaders are said to join the party in Mahboobabad Meeting, whose names are kept secret, say the sources. Revanth Reddy held a meeting with his followers today morning which was attended by congress senior leaders Uttam Kumar Reddy & Mallu Bhatti Vikramarka. In the meeting he revealed the reasons for choosing Congress Party as the party gave Telangana state and fulfilled the dreams of Telangana people.
Related Video Embedded from 10 Tv Youtube Channel. 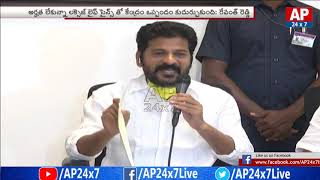 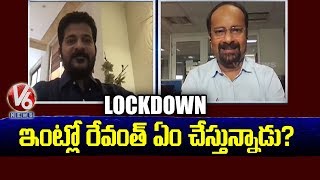 Revanth Reddy shares his Lockdown experience in jail and at home with family
..More