Fri, Sep 29, 2017, 07:44 AM
In an exclusive interview, actress Mehreen Kaur Pirzada said that SS Rajamouli is a real mahanubhavudu for taking Telugu film industry into a higher platform with Baahubali. To a question, the actress said she played a role of a village girl, who falls in love with the hero in an IT company. Mehreen has stated that Sharwanand and Maruthi are mahanubhavulu for the movie. Mehreen cast opposite Sharwanand in Mahanubhavudu which will hit screens on September 29, 2017. The movie directed by Maruthi and music composed by S Thaman.
Related Video Embedded from iDream Youtube Channel. 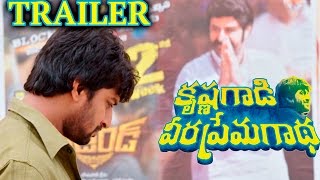