Fri, Sep 08, 2017, 03:18 PM
The song, Jalasiri ki Harati, reflects Andhra Pradesh (AP) government's determination to wipe out drought from the state, besides the hard work of the state administration and the people's support. He and playback singer, Vandemataram Srinivas, travelled with Chandrababu by a special flight, from Gannavaram to Kadapa and sang the song to him. AP government had entrusted Sriram and Srinivas with the task of bringing out this song, as a part of its prestigious Jalasiri programme. Sriram also sang the mesmerising chorus of the song.
Related Video Embedded from NTv Youtube Channel.

In a live chat through video app, Jabardasth fame and Tollywood actress Anasuya has shared about her love story with Susank Bharadwaj. She revealed that Susank had proposed to her when both were in an..
..More
Anantha Sriram Related Video News.. 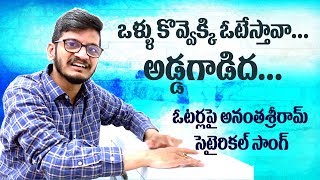 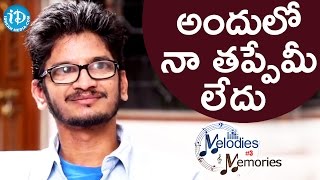 It's not my fault, says Anantha Sriram 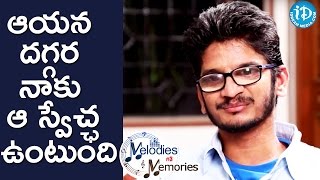