Wed, Aug 02, 2017, 03:49 PM
In a dramatic sequence of events, Apollo Hospital doctors said that Vikram Goud is not in a position to be discharged and needs rest. So Task Force police, who visited the hospital to arrest him, were forced to retreat. But in any case, Vikram is under the surveillance of police. At least two Sub Inspectors are on vigil near his room, constantly. Cases have been booked against Vikram and his associates, under various sections including Arms Act. Five others have been taken in to custody.
Video is not Available for this News 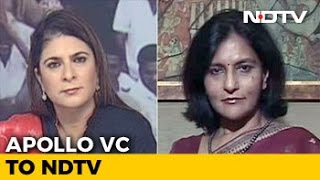