Fri, Jun 16, 2017, 11:56 AM
A special court of Terrorist and Disruptive Activities (Prevention) Act (TADA), will pronounce a verdict today, on the fate of gangster Abu Salem and six others, in 1993 Mumbai serial blasts case. Abu Salem and Mustafa Dossa, who are in police custody, have transported arms and ammunition, from Gujarat to the terrorists in Mumbai. The terrorists had planted bombs in 12 placed in Mumbai. In an earlier verdict in the case, accused Yakub Memon has been hanged to death. The statement of Abu Salem has been vital in the case.
Related Video Embedded from Tv9 Youtube Channel.

Music composer Wajid Khan of the Sajid-Wajid duo has passed away. He was just 42. He died in Mumbai on 31 May 2020. The music composer was suffering from kidney-related ailments. Reportedly he was als..
..More
1993 Mumbai Blasts Related Video News..
New photo of underworld don Dawood Ibrahim surfaces 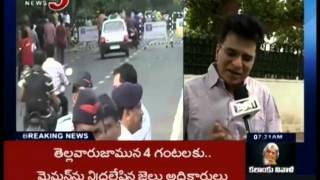 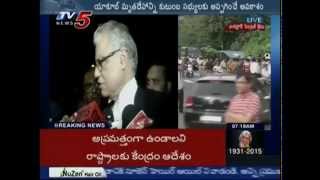