Mon, May 29, 2017, 04:57 PM
Tension mounted in East Godavari District's Purushothapatnam as farmers stopped irrigation works. Farmers started severe protests due to which police came into the scene and arrested the farmers. Farmers claim that govt is grabbing their land without giving any sort of compensation over which they are staging protests. Police filed cases against the farmers under section 353. Social Organizations are condemning the arrests of the farmers. Sources say that farmers are demanding compensation as per the act but govt is opting for settlement for which discussions are continued between police and farmers. Police announced 144 section in the area.
Related Video Embedded from 10 Tv Youtube Channel.

The pictures of proposed Ram Mandir at Ayodhya are creating a buzz and the intriguing the viewers with magnificent architecture and intricate carvings over the pillars of the temple. This three-storey..
..More
Purushothapatnam Related Video News.. 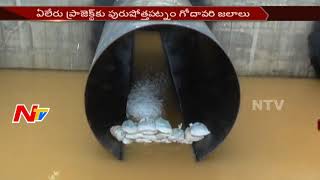 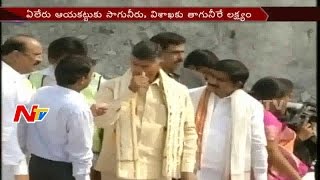