The union cabinet on Tuesday took a decision to ban red beacons from May 1. The beacon ban applies to the Prime Minister, President and Chief Ministers. However, emergency vehicles such as ambulances and fire brigade were exempted. The BJP leaders and Ministers are making sure they take the lead on the implementation but some dissenting voices have emerged especially from regional parties. The Nation at 9 asks whether resistance to such measures designed to dismantle VIP privilege going to prove futile?

Prime Minister Narendra Modi on Saturday interacted with IPS probationers’ of 2019 batch, who have completed their training from the Sardar Vallabhbhai Patel National Police Academy, and exhorted them to make policing ‘friendly’. During..

Australian canoeist Jessica Fox found a unique way to fix her kayak before going on to clinch the bronze medal at the Tokyo 2020 Olympics earlier this week. Fox finished third in the K-1..

Navya Swamy and Ravikrishna have shot to fame with Aame Katha TV serial. Both have shared wonderful on-screen chemistry to an extent that rumours have spread that they are going to marry very soon...

I want to win gold for India, not to settle for bronze: Boxer Lovlina Borgohain

India's boxer Lovlina Borgohain, who has earned herself an assured medal in boxing in Tokyo Olympics, said that she wants to win gold for India and not to settle for bronze. Hailing from Assam..

Actress Priyamani has praised hero Venkatesh Daggubati for his performance in Narappa while speaking at the movie success meet. The film directed by Srikanth Addala is premiering on Amazon Prime. She thanked producer D..

A giant snake coiled itself around an elderly man’s legs at Jangampalli village of Ganneruvaram mandal in Karimnagar district on Friday evening while he was walking on a road. He was identified as Rajaiah...

Two days after a district judge was mowed down in Dhanbad area of Jharkhand, police have arrested two accused and seized the auto-rickshaw that was used in the crime. According to Jharkhand police, both..

Making Assam Chief Minister Himanta Biswa Sarma and top police officials of his state responsible for the clashes at the interstate border on July 26, the Mizoram police on Friday registered cases against them..

A heart-touching and melodious video song ‘Hututu’ sung by Shashaa Tirupati for drama film ‘Mimi’ is out. Lyrics for the song are penned by Amitabh Bhattacharya and music arranged by A R Rahman. The..
..more
Telugu News 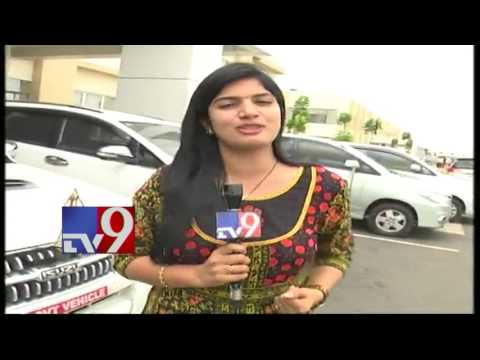