Tue, Nov 15, 2016, 03:49 PM
All the Institutions in Tata Group are extending support to Ratan Tata by declaring him as their leader. In the recent Tata Motors Independent Directors Meeting Mistry had had given a blow. After 5 hours lengthy meeting the Company Directors Board declared that Mistry hasn't got majority support in acceptance of his leadership. So all the Tata Group Companies unanimously chose Ratan Tata as their leader.
Related Video Embedded from NTv Youtube Channel.

HYDERABAD: Amid the lockdown crisis many monuments and tourists destinations closed for the tourists to contain the virus from further spreading. After easing the lockdown rules, the Ministry of Touri..
..More
TATA Motors Related Video News.. 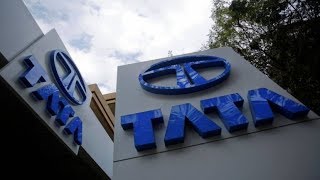